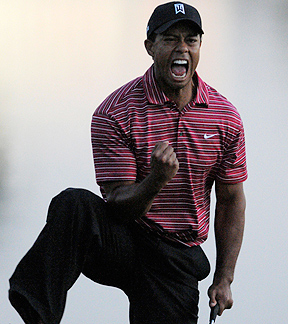 This is a confession. I’ve been residing in your planet for close to 34 years now. That’s roughly one year more than Jesus. But I’m not him. The only similarity we have is that we’re not from this planet. I can see why. Your planet really sucks.

I mean, I like the food and all that, and I love the kids, sure. And I got the hottest girl as my wife, got two beautiful earth children. They are not so good with traveling, so I’m just gonna bum around this place till they are old enough not to scream their heads off everytime I take them for a spin in my space pod.

Anyways, back to my gripe. The reason why I’m writing this is because I’m so sick of how terribly magnificent I am and how awfully sucky you guys are. I know I sound like a 5 year old when I say that but forgive me, because I’m still trying to grasp some of your expressive earth language, which I try to shout out when I’m on the course, and whenever I’m bored, which is about 99% of the time. In my planet, we have the expression, bork. It’s like, it’s borking hot. Or you can say, bork you, which is a very rude statement. Sometimes, I say bork me when I happen to hit a strange shot, but back where I come from, you get slapped 30 years suspension on the course for saying that. That’s why I never say that now…I use some of your earth language instead.

The reason is this: I’m running out of space. Seriously. I just bought a borking mansion at Jupiter Island (now, guess which planet I come from?) and now most of its rooms are filled up with these lousy trophies. How many do you want me to win before you guys can step up and at least grow some spine? I just won the Bay Hill for like, ummm, six times? I lost count, sorry, not bothered, but this time, I wanted to make sure I don’t win it, you know. Tim, the PGA commisioner doesn’t know my back story, but I think he sort of suspects it. He told me the other day: “Ty,” (I swear I’m going to stiff my wedge up his donkeyhole one day for insisting in calling me that) “Ty,we need you to reign in a bit. People are getting bored because you keep winning. So, why don’t you play for second or third but still give a good fight, because I’m scared we lose our viewers, and that means you lose your earth money. I mean…money.”

So the next day, I took a chainsaw and mauled my knees a bit. I went on to play the US open last year to give them a good fight sort of. I was supposed to screw up the last hole, but at the last minute, I really got so sick of seeing that Rocco’s slack jaw grin, I decided, the hell with it. I’m gonna ram this ball into his mouth and break all his teeth. Figuratively of course. Tim was pissed, but I didn’t give a bork. So I closed down after that and went on a couple of trips in my space pod with my hot wife.

Now I’m back and I’m playing my third tournament, and for bork’s sakes, you guys still suck. I keep hearing about these guys called Anthony Kim, that Irish kid, that Japanese dude, that Argentinian dude, that tight pants Colombian guy…heck you guys are all from the same planet, so your games will suck nonetheless. I hate to sound so negative, but I was looking forward to facing these fellas when I return. Sure, I let the first two tournament slide, just to see where these ‘young guns’ were. I even let that fat clown Phil win the Doral. I hate his mug, but Tim keeps yapping about him and begged me to let him win for once. Can you believe that guy has never won a WGC? I don’t know why people like him so much. Seriously, Phil, you are a borking loser. I wish I never let that tournament go.

Now, for this Bay Hill, I purposely let myself sit 5 back. Just wanted to enjoy the show. Suddenly this little kid, Sean O’Hair started shaking like a leaf and playing like a borking twit. It takes 3 holes to shave that 5 stroke down to 2. No way am I gonna allow this guy to win, because his game is around the same standard as myself…when I was a fetus. So I set up a bogey for myself on 17 so we are even, you know to give him a little hope. On the 18th, it was so borking boring, because he missed his birdie (Sean, you suck), and I guess I had to make mine, because I’m not free to come back on Monday, I promised the kids that I’ll take them out skiing.

Earthlings, I can’t believe I gave you one year to catch up on me and all you had to show was Fat Phil closing the gap a bit and even having the audacity to think he can be number 1 this week if I lost and he won next week. At least give me a better player. I took a year off and all I see is this?? Bork, I can’t wait to get my butt off this planet.

Next week is Augusta, and I’ll decide when I wake up if I want to play well or not. Frankly I don’t care. You guys are hopeless, and I’m obviously too good for you. My fellowman from my planet was right when he quit basketball to play baseball…you earthlings are simply not worth my time to put in any practice. That being said, I still like the food. I also like the following people:

1) Stevie Williams – this guy is nuts. He’d be incarcerated for multiple lifetimes if he was in my planet. He reminds me of a serial killer, so I better make peace with him before he murders me and my family.

2) David Duval – I don’t know why I like him, but because he had so little to say and just lived his life like he didn’t borking cared. I told him once I was from another planet when I was drunk and he just looked at me for 3 seconds before ordering another drink and talking about how fat Colin Montgomery has become. Rest in peace, my dearest friend.*

3) Rory Sabatini – I like him the most. I am thinking of bringing him home with me and disecting him for examination. He’s obviously a head case, since he keeps saying he can beat me, but plays like me in my fetus form…I’ve never seen such a disillusioned person in my life.

To all you other earthlings playing golf, I can’t believe how borking incompetent this whole PGA tour is. You guys really, really, really suck.

* I was informed David Duval is still very much alive and actually played in Bay Hill. I was beginning to wonder who the bork was that fat guy wearing glasses who kept calling out my name. I hope my bodyguards didn’t rough you up too much, Davey, I thought you were one of those rabid fans. I’ll take you up on my space pod, ok?