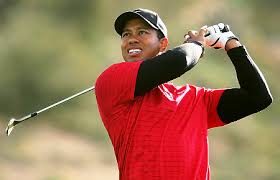 The problem with supporting two sports is this: you don’t get any sleep.

The first and second week of April consist of these two: Champions League football and Augusta National.

Champions League football I have not watched, I think since 2009, when Juventus last played. I am a rabid Bianconeri fan. I’d like to think if I died, I’d like to be draped in that ugly zebra black and white flag that says Forza Juventus, in case people mistake me for a Notts County fan. If Juventus played Liverpool, I’d wish the Reds let in a thousand goals and Luis Suarez breaks a leg. As in literally. So while I support Liverpool in the the Barclays, it is only with about 1% of the support I bestow on Juve. So this season has been utterly annoying, because Juventus is winning the Serie A and they have progressed into the Q-Finals of the champions league against Bayern Munich. Annoying means, I wish I didn’t need to work. I wish we were all barter trading and there was no use of money. I wish I was a robot who didn’t need to eat or have basic life needs, like a house.

I know there are only few Juventus fans out there in Malaysia. A few weeks back I almost got into a fight with a stranger who shouted, “Go Newcastle!” at me, while I was wearing my Juventus striped jersey, emblazoned with Del Piero (it is an old one, yes). Newcastle? Seriously? So anyways, we soldier on. I was hoping to play against PSG actually so we can purposely break Zlatan Ibrahimnovic’s legs for betraying us when we were framed for match fixing and sent to Serie B.

But Bayern vs Juve? It’s Germany vs Italy. Bayern is one of the teams I respect because they depend a lot on their own country’s resources. Juve is essentially team Italia. They got Kroos, Bastian Schweinwhatever, Gomez, Lahm, Boateng, Neuer, Muller; we got Buffon, Pirlo, Marchisio, Chiellini, Giovinco, Barzagli, Bonucci. How to sleep?

Augusta National happens the week after the Champions League game. Of course, who else are we supporting but Tiger?