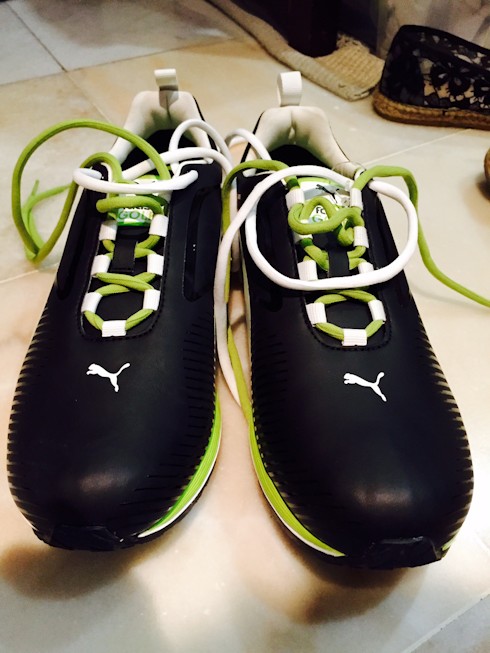 After being absent for so long, I’m posting my third post for the day. Just bought some really sporty looking golf shoes from Bandar Utama Golf House (Old Wing) for RM199. My RM99 Callaway shoes I bought a few months back has turned out to be a horrible buy. It lasted me less than 10 games and the sole has already broken. I think traditional shoes are just not fit for my kind of style, i.e the swing that has a finish resembling one of the monkeys from the planet of the apes, and going into muddy areas to find for balls, and rocky landslides due to our retarded golf swings. Callaway I think made their shoes for perfect golfers who play 99% of the time in the fairway. Not for us.

So I’ve decided to buy these deceivingly sporty golf shoes that look like jogging shoes so in case guests come to my house, I can trick them into thinking that I am involved in healthy activities instead of an activity that you can play, while smoking, drinking or generally involve peeing into a bush halfway through the game.

If you think you are gilagolf, you ain’t seen nothing yet.

One hole in one course.

The bad news is that you need to hike down the peak without a trail and brave through rattlesnakes and cactus.

I get some emails from other gilagolfers sometimes describing to me some really out of this world sort of courses as well. 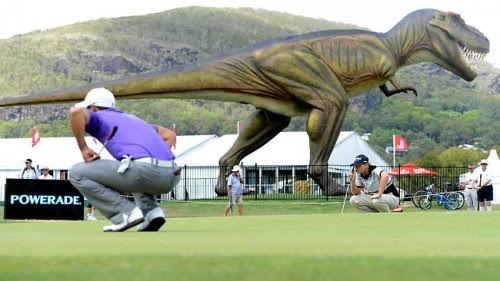 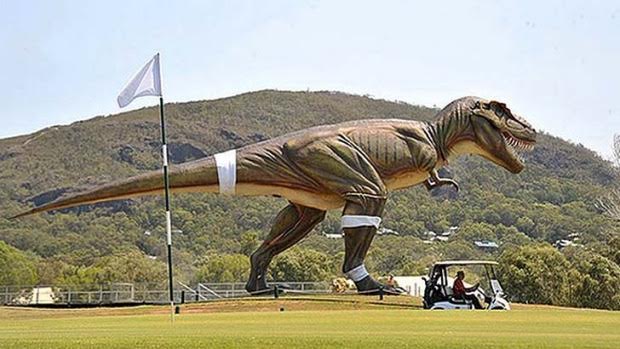 There is this place at Queensland Sunshine Coast (I remember driving around there once!) called Hyatt Regency (Or Coolum Golf Resort), where you get to play under the shadow of a T-Rex.

By no means this is something new, as even closer to home, Mines Resort has giant Tigers and Giraffes as well.

On top of that, one of the Gilagolfers offered his take on Robina Woods, a course reviewed while I was on a family trip in Brisbane a couple of years back.  Thanks, Anthony!

I’ll try 2 photos for now and see what happens. If you can recall since you were here last one of the photos shows the practice putting green in the foreground. In the background you can see the fairways of the 18th green to your left and its elevated tee some 500+ metres away. And to the right just behind the practice green is the 1st tee.

Unfortunately I’m not much of photographer,  the 1st teeing ground is blocked by the bushes. The golfer wearing a blue jumper standing next to the golf bags is a member there and a former ‘surfing’ champ back in the 70’s. A local identity here in the Gold Coast area. And the guy wearing a white hat practicing his putt is from the UK – a cricket coach for one of the county cricket teams there. He was second only to Shane Warne when the two were in the academy in their junior years. I can’t recall the county sorry.

The other photo was taken on the 2nd hole. While we were walking towards the fairway, we saw this motor cart in the pond submerged. So I took a photo of it. Apparently according to one of the guys in the pro-shop, a young kid have driven it to the water. Ouch! Cost $8,000 to replace! Double ouch! Anyhow we have had a great time but Robina was the winner. The green was so fast at that time because the day before, Robina had their club championship. So the speed of the green and pin placement was to that standard. If only we knew. 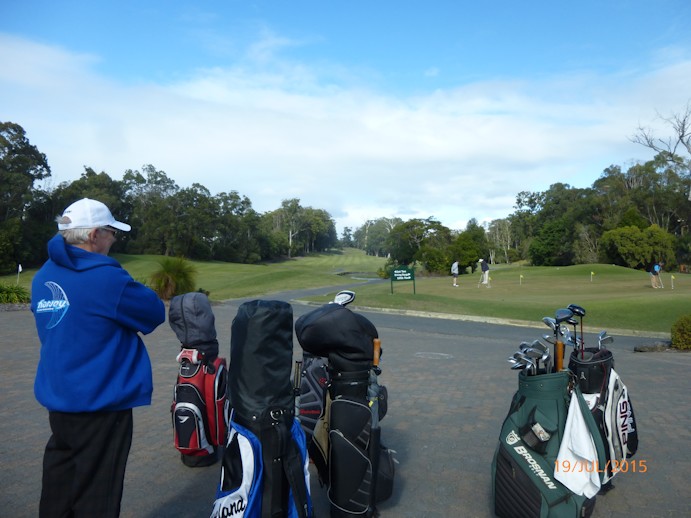 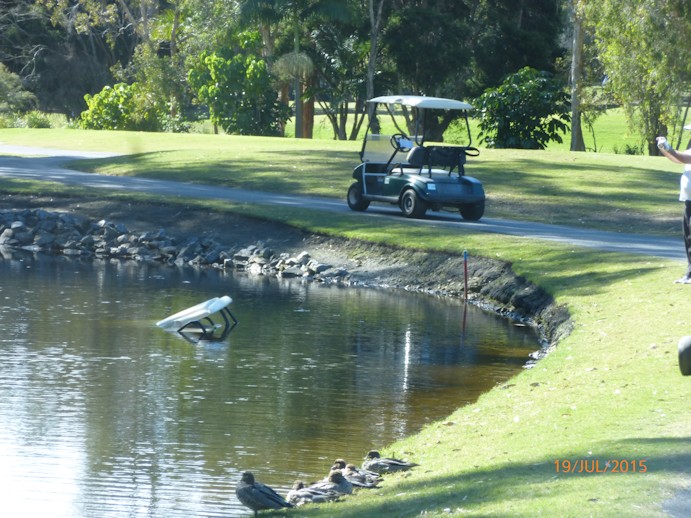 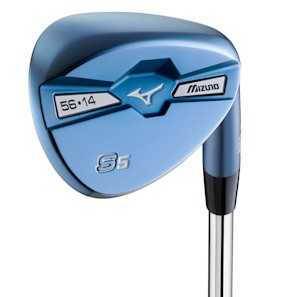 Since transferring to Mizuno MP-54s from my Taylormade RAC I have actually made considerable improvements in my irons. As in, where I used to be so afraid of hitting my iron shots especially 6 iron downwards, I’m actually now looking forward to it. Anything especially 8 iron onwards is delicious to me – because with the MPs, I’ve actually have some sort of control on my flight. Plus, it’s so darn beautiful.

This month, the Satin Blue S5 Mizuno Wedge is going to hit our markets – or at least the US (not sure when in Malaysia), but my gawd, it makes me drool. Blue is like my all time favourite colour – satin blue is just ridiculously obvious that I am so surprised nobody has thought about this. In any case, why don’t people just come up with groovy colours for their wedges? How about superman red?

I’m the kind of guy who will wander off into a golf shop and just oogle at the Mizuno irons. Something about it really attracts me. I’ll probably start an article exploring Mizuno irons from here on. I believe once any golfer gets started with an MP iron, it’s really hard to go back playing the other irons.