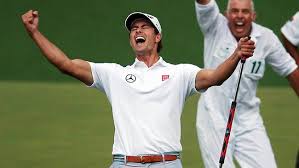 I just want to be the first to put up this headline because there will be hundreds who want to put this up. Remember, Gilagolf did it first, approximately 1 minute 20 seconds after Adam Scott holed his putt on the second playoff hole to beat Dr Octopus aka Angel Crabera.

The Wizard of OZ wins the masters, and makes it the first time for Australia. And yes, he high fives Steve Williams way better than Mr Tiger Woods.

If Dr Octopus had won it, my other headline would be: “Touched by an Angel.”

I should take up a career in headline writing. 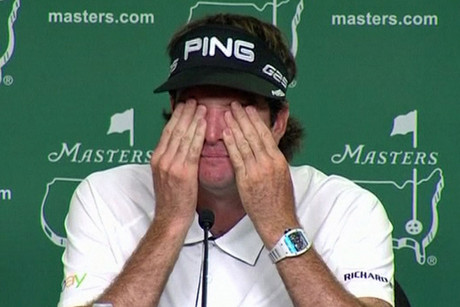