The big news this morning for golfers: Tiger Woods having to withdraw due to injury after the 12th hole in the last round in Doral Blue Monster this week. After watching him play well in the second and third round, it might be a possibility for him to catch up with Justin Rose and Mr Bubba despite being 8 shots back. But the guy that made the run is our curly hair number one Rory, and Tiger (YET AGAIN) just failed in the final round. I really think he should just stop wearing the darn red shirt! Over and over again, he is proving to be more like david Duval than David Duval himself. The latest setback so close to Augusta doesn’t bode well for us Tiger fans.

I don’t get it, how come guys like Tiger who looks like he benchpresses beluga whales have all these problems when a joke like John Daly doesn’t have sports injuries? How can golf be so physically demanding when Arnold Palmer can still play while half his body is already in a casket? I mean, it’s golf! The only injury I have right now is that my left pinky can no longer bend into a fist without popping, but except as a freakshow to gross out my wife, it doesn’t really bother me much. It’s golf, not football, basketball, badminton etc. Isn’t it considered an ‘old man’s game?’ (although in parts of Indonesia and Thailand, among caddies especially, it has evovled to ‘dirty old man’s game’)

Come on Tiger, stop being a sissy!!!

The big news for hackers however: Sergio Garcia, everyone’s favourite crybaby, made OCTUPLE BOGEY..yep, that’s a +8 for you guys who don’t like roman numerals. Although not as fascinating as Kevin Na’s Duodecuple bogey (a +12) , it’s still, by far, one of the biggest names in golf playing like a complete hack in one hole. Only one hole, mind you, because though that made us feel good, he still managed a 76. It’s ridiculous. If we shot a +8, we would be shooting 110. So if he had only parred that hole, he would be at 68.

Then again, these guys eat, drink, crap, sleep golf, while we only dream about playing somewhere in the open field as we try to stay awake in the office. 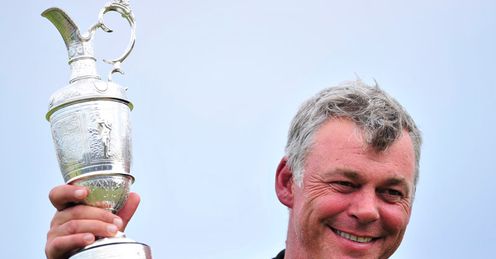