It’s been a while since you showed up for a golf tournament, my friend. The last time we caught you was at the Players, where for some strange reason, you decided to demonstrate to the world how life is like as a hacker by shooting 42 on the front nine and withdrawing. Actually I’d be extremely happy to shoot 42 at the TPC, but then again, I don’t earn 10 million bucks a year (minus whatever Elin’s taking from you), and have 1 billion people watching your every move and every stroke.

Anyways, strangely as well, the world has moved on even without you. If you were to come back now, you’d see an unrecognisable group of misfits in front of you. You have this boy band Justin Timberlake lookalike called Luke Donald as world number 1, a marshmallow man lookalike Lee Westwood as number 2, and a guy that resembles as much personality as a piece of cardboard as world number 3, by the name of Martin Kaymer. We’ve always been a fan of Rory’s so I won’t talk too much about his curly hair (on his head). But for sakes, Tiger, you’ve got that awfully dressed Ian Poulter in front of you at the world rankings. Doesn’t that make you want to continually pound your 7-iron into his face over and over again? 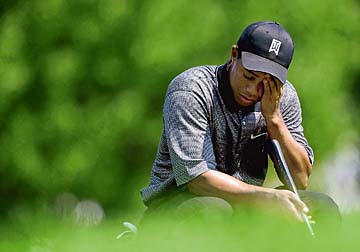 The fact is, the PGA ranking is becoming like the LPGA, or women’s tennis. It’s embarassing. Nobody cares about the world 1,2 or 3. Those clowns have less charisma than my half blind terrier who lounges in the sun all day and occasionally scratches his bollocks. They are bringing back golf to the middle ages, where it’s dominated by characterless, personality challenged gentlemen who sips tea and don’t talk trash to each other. These are the ones who make golf inaccessible to the foul mouthed public hackers who has ever picked up a club and shanked a ball and miss a 2 foot putt to win 5 bucks. They are alienating the hackers by blasting our beloved game back into the throes of the upper class genteel society, who would always smile losing or winning, and thumb their noses to us sweat covered, mud streaked hackers struggling to a quintuple bogey on an easy par 3.

Where art thou Tiger, the game of golf needs you. You have brought the game out of the dark ages when you thrashed the US Open in Pebble beach by 15 strokes (almost twice more than Rory!), and suddenly we are seeing everyone in our local club wearing red on a casual Saturday round, a’la Tiger (but still playing like crap). You inspired thousands of golfers into the game, because it was no longer a white man’s, gentleman game. You talk smack. You fist pumped in front of your opponents. You had your thug/caddy Steve Williams throw cameras into the pond and kicked reporters. You trashed the crap out of clowns like Stephen Ames who dared challenge your god-like status. Now Rory, Ian Poulter and an unknown idiot called Brendan Steele are all thrash talking you to death, so please, rise up from the ashes like the Phoenix and burn them all! (Not literally since we do not support murder). 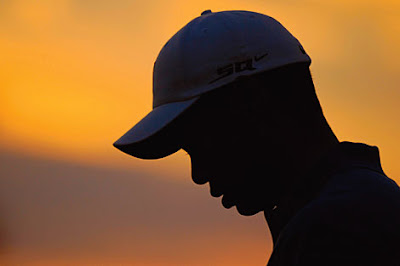 Where art thou Tiger? We know you will return, and until then, we’ll just have to be contented with the garbage that’s been showing in golf channel week in week out. Without you, the PGA tour resembles some sort of episode from the Walking Dead, all of these jokers like zombies, playing, smiling, no fist pumping, no club throwing, no foul mouthed screaming that we’ve grown so used to when you ruled the world. You made golf an everyman’s game. Now, it’s just not the same anymore. Who’s gonna stay up to watch golf anymore? Who cares about the next tournament anymore? I’d rather watch reruns of sesame street or Barney the Purple Dinosaur.

Where art thou Tiger?

The world needs you back.

Back on top of the leaderboard, fist pumping your way to Jack’s record, the gallery cheering loud, the glorious Sunday red once again shining bright for the world to see. 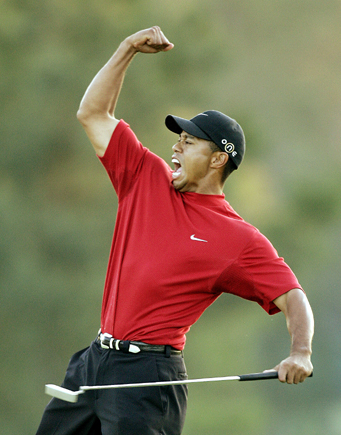